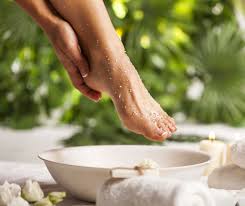 If you have discolored toenails or finger nails chances are you have nail fungus. Of course there are other factors that can lead to discoloration of your finger or toe nails, but fungus is widely accepted to be the major cause of nail problems. The major signs of onychomycosis or nail fungus are white or yellow spots under the bed of your nails.

In this article, we will be analyzing whether rubbing alcohol kills toenail fungus, and if it does, how to go about the whole process. 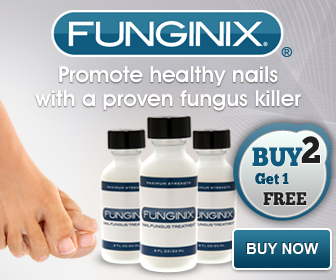 When the fungus is still on the skin level, and not spreading, by rubbing alcohol to the surface of the affected toenail, it not only kills the organism, it also prevents spread of the fungus. The sterilization properties of alcohol mean fungus can’t survive alcohol.

Unfortunately, once the fungus has spread, it releases spores which goes deep into your skin and becomes difficult to treat with Alcohol and most other home remedies. Hence it is best to ensure you attend to any unusual discoloration of your finger nail or toenail as soon as you notice it.

How To Use Rubbing Alcohol To Kill Toenail Fungus?

As stated above, this method can only work if the toenail fungus is very much at its early stage. This is why it is advisable to treat toenail fungus as soon as you notice it. The earlier you treat it, the easier it will be to get rid of it.

Let’s take a look at how you can use rubbing alcohol for toenail fungus in the initial stages.

The first thing to do when rubbing alcohol to kill toenail fungus is to ensure you thoroughly wash your toenail with warm and soapy water. To ensure whatever dirts under your nail beds are removed, you should scrub underneath the nails using a nail brush – ideally. Once the toenails are thoroughly washed, you should dry them off properly with a towel.

P:S – Ensure you do not have any open wounds as rubbing alcohol to an open wound isn’t always pleasant. If there is an open wound, you may want to wait for the wound to close up and heal before trying to kill off your toenail fungus with alcohol.

To see good results, you should aim to repeat this as least two times per day till your toenail has been restored back to it original state. If you do this repeatedly for couple of weeks you should start seeing results, however results won’t arrive over night and without consistency. Also, you should ensure you sterilize every objects you use during and after the process.

By ensuring all scrubs, tubs/bowls and other kits used while rubbing alcohol to your feet in an attempt to kill off your toenail fungus, you are ensuring everything used for the foot soak is decontaminated for future use.

Advantages and Disadvantages of rubbing Alcohol to kill toenail fungus

One of the advantages of using alcohol to kill toenail fungus is that it is a very cheap and ready available method/treatment. To treat toenail fungus with alcohol doesn’t have to cause you a arm and a leg. As a matter of fact, a bottle or two bottles of alcohol is enough to last for two weeks and alcohol can easily be bought at any store near you.

Check Out The Number One Nail Fungus Killer